Created nearly 500 million years ago through massive volcanic upheavals, the Scottish Highlands are among the oldest rock formations on earth, described as the last great wilderness in Europe, their terrain and climate creating ideal conditions for making whisky. This gloriously beautiful and ancient place encouraged James Fleming, man of enterprise, vision and compassion, to establish his own distillery at the heart of Speyside1 and create a whisky of subtle depth and elegance. He acquired the land in Aberlour village and with it the priceless water source of St Drostan's Well. Construction work began in 1879. James Fleming himself planned and designed not only the architecture of production facilities but also the layout of the equipment, working places, the main emphasis being placed on further modernization and expansion of production. Within a year the whisky began to flow, and the Distillery to prosper, and the demand for the whisky kept on increasing. When the journalist Alfred Barnard visited Aberlour in the 1880s, as part of his exhaustive survey of Scottish whisky distilleries, he described James Fleming's new establishment as a "perfect modern Distillery". The distillery brought prosperity and profit not only to its owner, James Fleming, but also to the local community. Aberlour used to be a derelict town, having only an elementary school and a small church. However, in the 1980s the situation drastically changed. James’s company initiated the gas illumination of the streets, brought in a telephone line and built local government offices, a hospital, an asylum for homeless, and a bridge over the river Spey; a fund was set up for needy people. Fleming was loved by everyone and is by right considered the founder of Aberlour town. Being a very honest man at birth he preferred to keep these acts of generosity incognito and their performer was revealed to the public only after his death in 1895. James Fleming is buried in an ordinary grave in the yard of the distillery. The town and its buildings have become the best monument to him. Throughout his life he followed the simple and wise motto of the Flemings family “Let the Deed Show”, depicted on each Aberlour bottle. Over the past 100 years, with modernisation and technology, the landscape of the distillery has inevitably altered, though many of the original features are still there and the traditional working character of the place, as well as its guiding motto remain unchanged. Here, at the distillery, nature, tradition and local craftsmanship have combined to create a great malt whisky - the spirit of Aberlour. Buy Scotch whisky at VINO&VINO wine and spirits shop and enjoy free delivery in Yerevan / Armenia /. 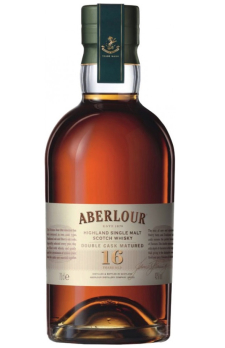 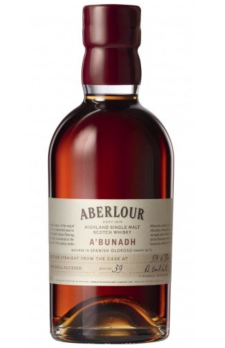